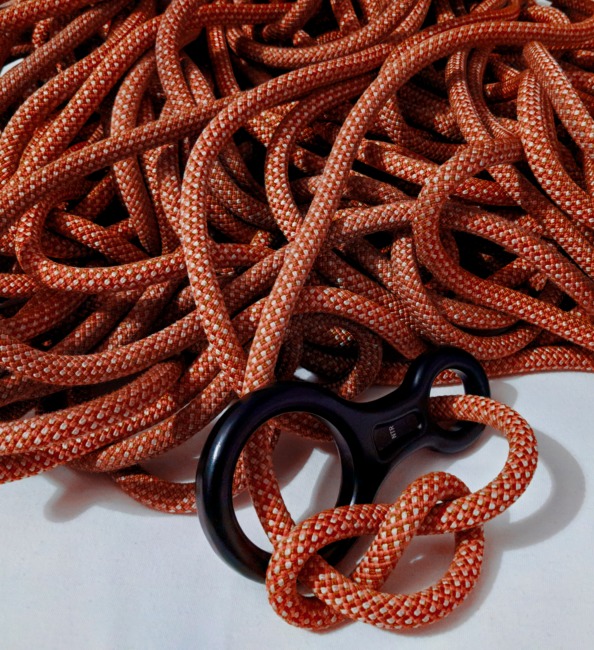 A process that cells use to unravel knotted strands of DNA – resembling a method used to control climbing ropes – has been uncovered by scientists. The findings help explain how about 2 metres of DNA can be neatly packaged in each of our cells, in a space that is about the width of a hair.

Scientists have identified two sets of proteins in cells that work together to keep the strands unknotted, avoiding tangles that would hamper vital biological processes. These proteins are found in many organisms, and scientists believe that their role in managing DNA may be common throughout nature. One family of proteins – known as SMC – acts like a belay device used by rock climbers, which passes ropes through a series of loops. These proteins have been found to work alongside another set, known as TopoII, which was previously thought to help solve tangles, but in a way that was not well understood.

Researchers at the Universities of Edinburgh and Padova in Italy studied the process by creating computer models of DNA with knots and links. They found that SMC acts like a belay, sliding back and forth to enlarge or reduce loops in linked segments of DNA. Knots are first squeezed and compressed by SMC, and subsequently they are easily detected and resolved by TopoII. Their study is the first to explain how the two families of proteins keep DNA tangle-free under the confined, crowded conditions of the cell.

The research, published in Proceedings of the National Academy of Science, was supported by the European Research Council.